This postcard marks the beginning of my collaboration with Rachel. I wrote this the day after I worked as a poll clerk on the general elections in June. Throughout the day I continuously collected data involving three different elements that occurred.

The first piece of information was how often I was delayed whilst eating my meals and snacks. Due to the job, there is a continuous flow of voters which rarely stops for two minutes. Using coloured pencils I was able to visually represent this data as a cover to this postcard. I considered using a set of five flowers, each flower being the meal or snack and each petal being a disruption, however after a few attempts I decided against this. Instead I used a series of flowing lines and circles. 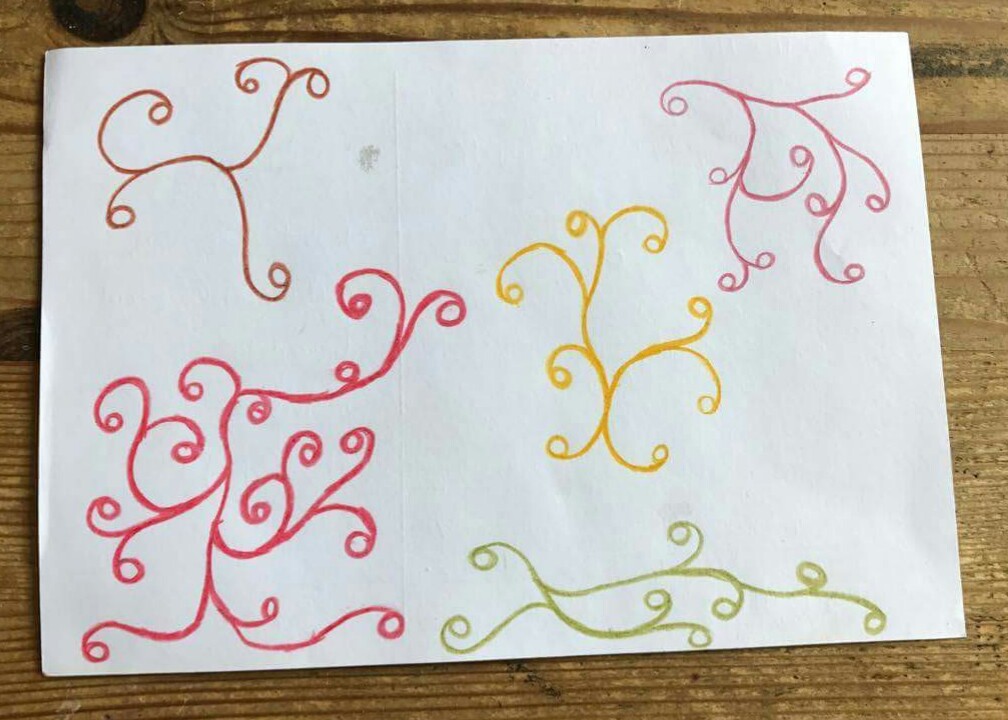 Each colour is a meal or snack. They were chosen to match a dominant colour within that food.

The second piece of data was how I marked each x number people entering the station. In keeping with the postcard theme, I folded a post card sized paper to represent each x amount of voters.

For example the first x was a basic fold in half width ways.

The final data collected was the number of dogs brought into the polling station. In total there were 32 dogs that entered. Each was a different breed bar two which were Labradors.