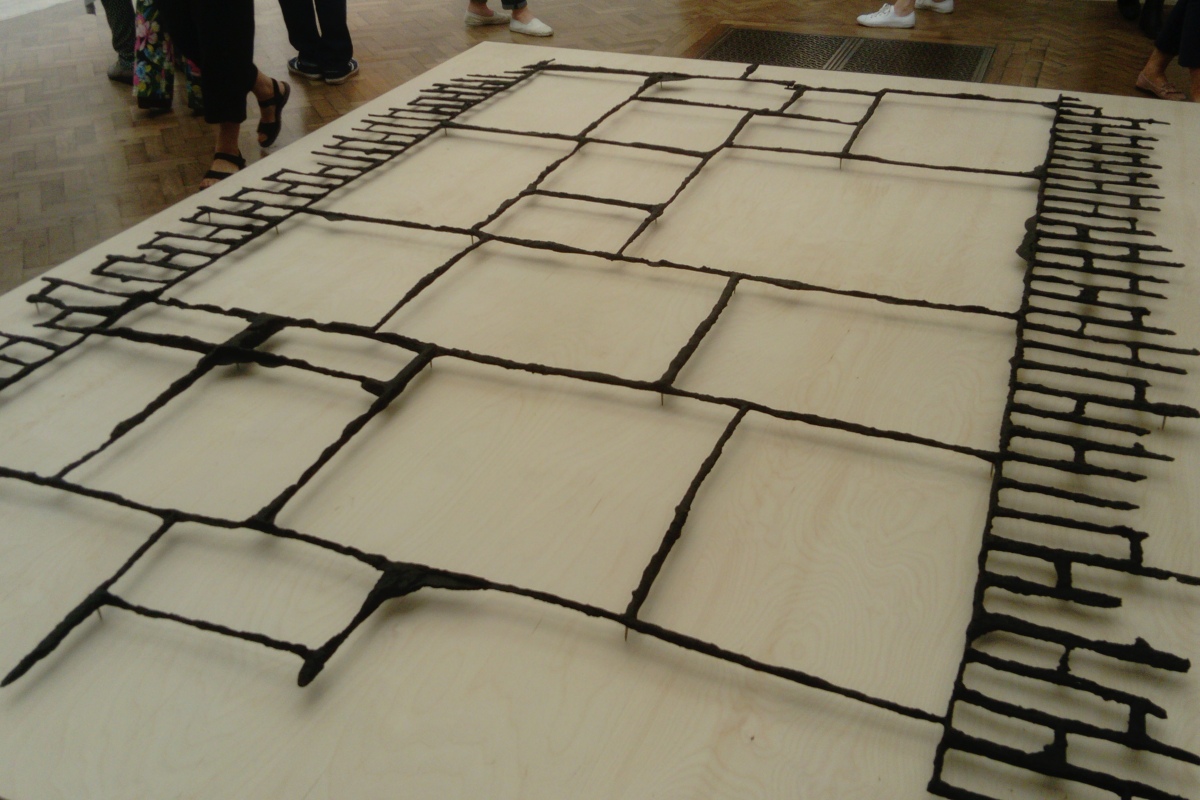 When choosing my most inspiring pieces from Royal Adademy, I noticed I had chosen three different pieces by Cornelia Parker. This was amusing as I am unfamiliar with her work. 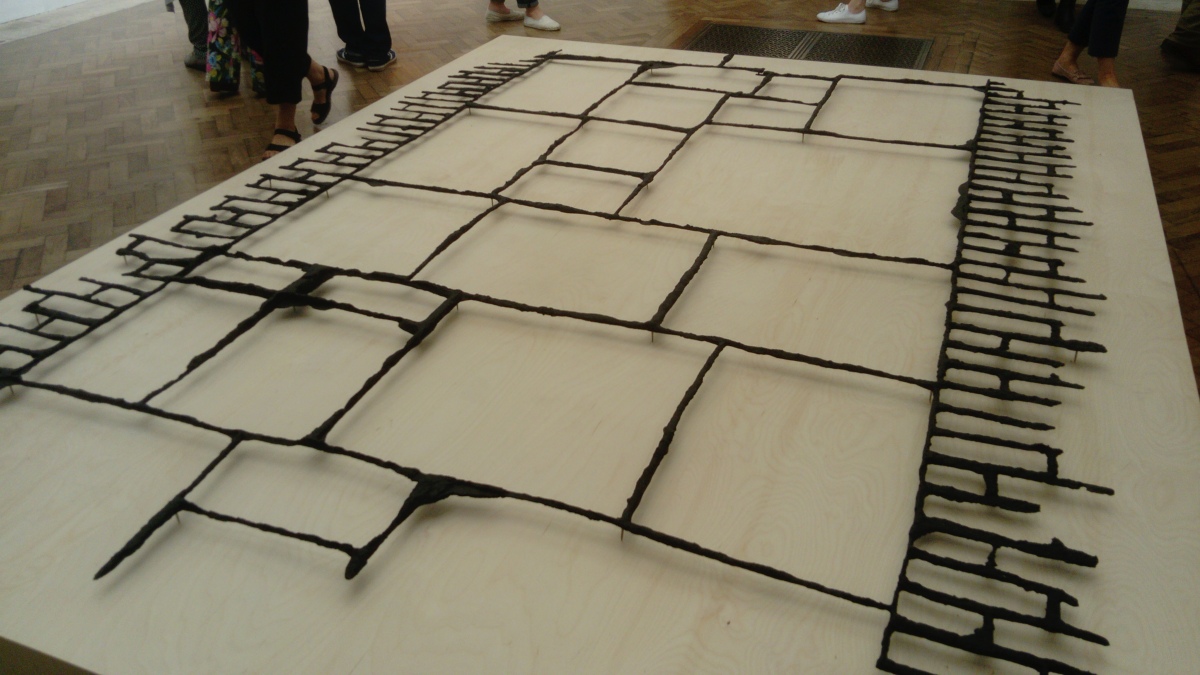 This is black patinated bronze. This is a thin layer that forms on the surface of stone and metals. It changes the surface, this is usually caused by age but can be caused using certain chemicals. This stood out for me as I was not sure if the piece had been carefully orchestrated or had been a happy accident. This uncertainty forces a fascination with the piece. The bronze has an uneven and rough texture. 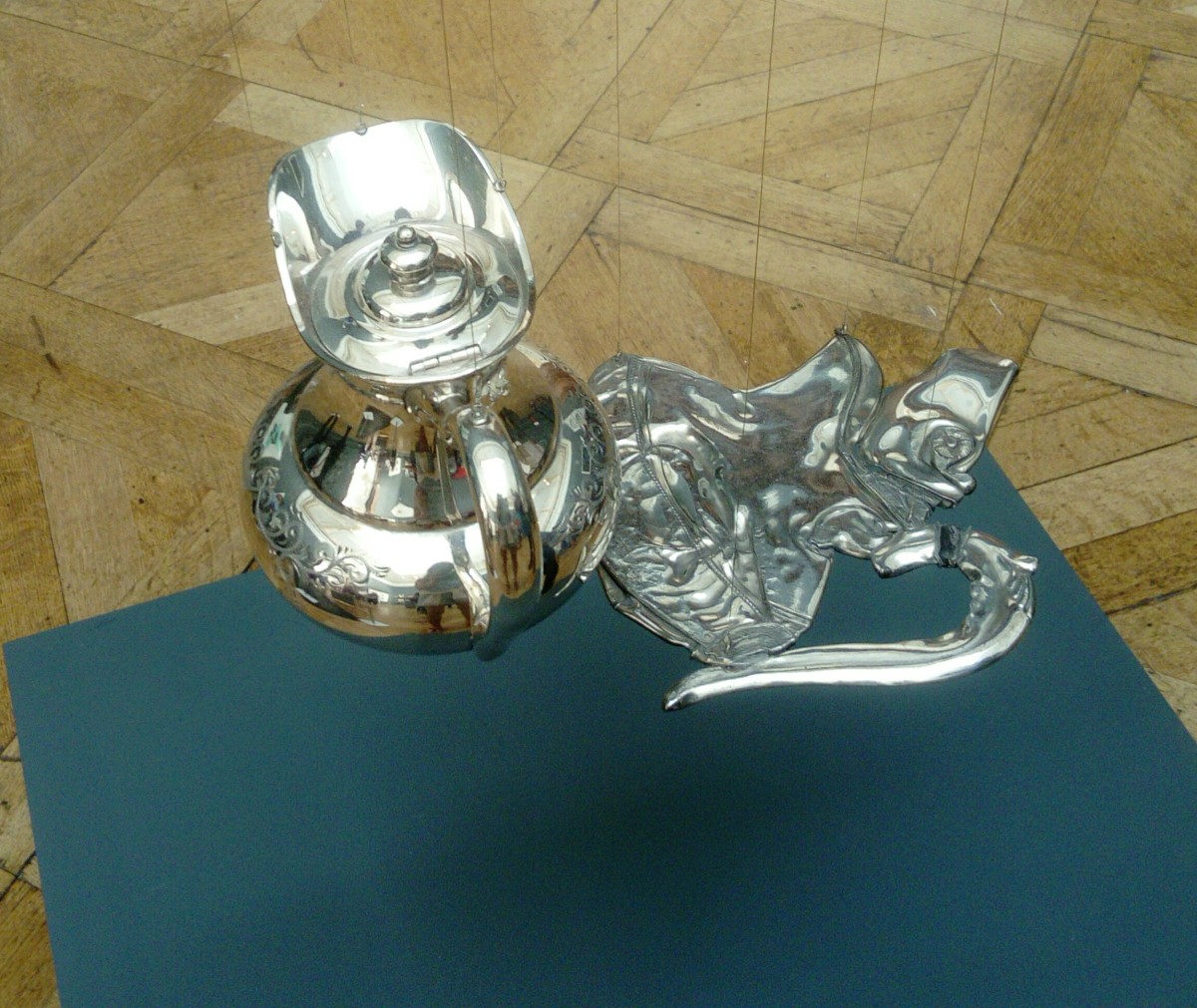 These are two silver plated objects, one has been flattened and are suspended by a metal wire. The original purpose has been removed, causing it to no longer be used in such a way however by crushing this you have created a new object. This could be used for decorative ways or even as an unconventional plate. This replicates the name “Alter Ego”, meaning a [person’s] secondary personality.
Stolen Thunder (Once Removed) – Cornelia Parker 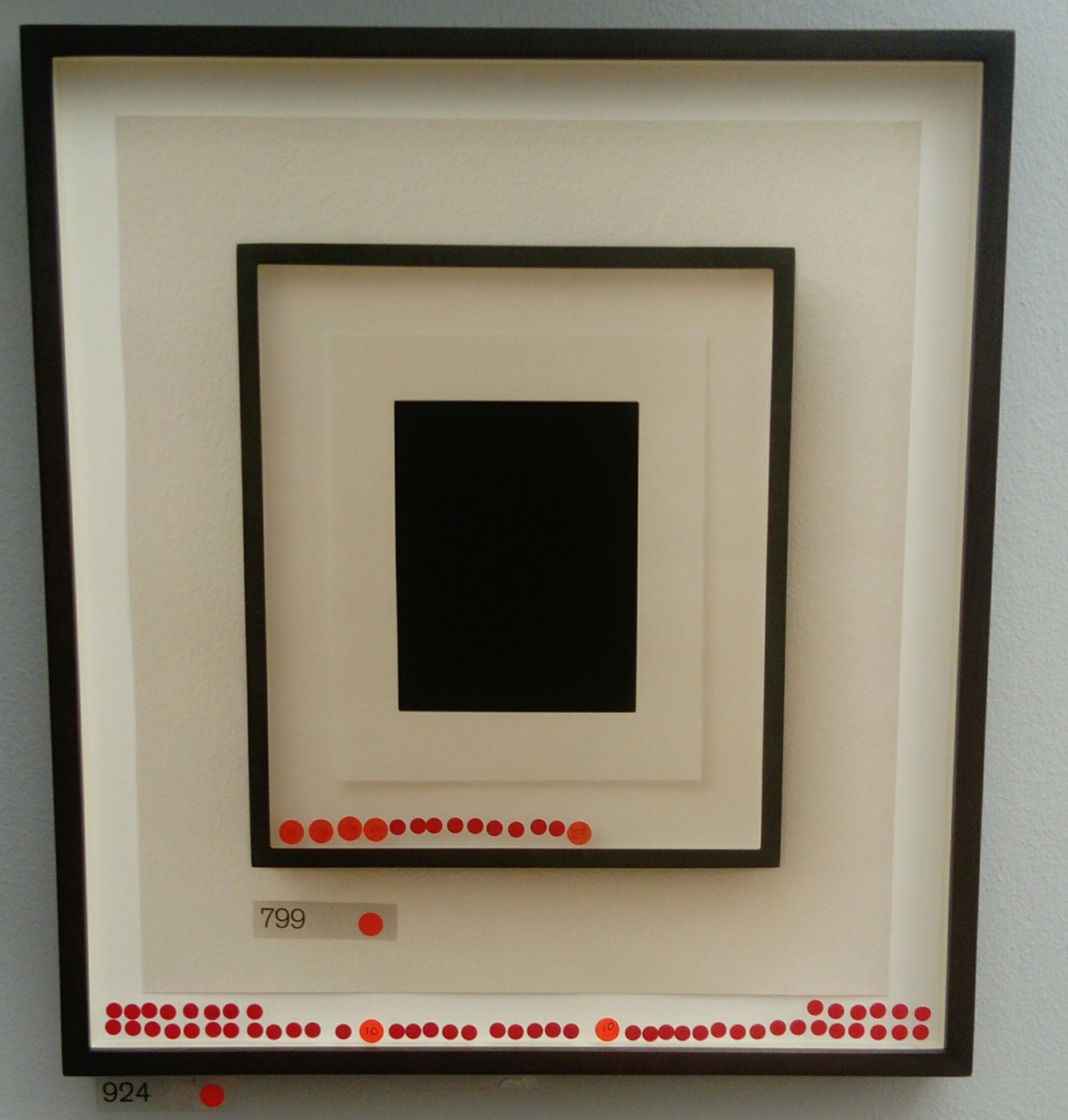 This is a ditital print of a photograph from a previous exhibition that Parker has taken. In Royal Adademy, red dots represented sales.

In 2012 Parker photographed the most successful piece in the RA show. Parker digitally erased the image she has stolen by exhibiting it as her own the following year. This caused a series of these works, including this of which I saw in this year’s exhibition.